Just the other day, Harold and I were talking and he says to me: "Steeven, I envy your beard."

To which I reply: "Of course you do. It is full and robust. A family of sage hens could live inside my beard and still have room to invite the cousins over for an endless summer pool party."

Alright, that conversation only took place in the deep recesses of my mind. What Harold actually said was: "Steeven. I want us to create an energy character, you know, a guy made of energy."

Those weren't his exact words, I mean, I can't be expected to remember everything that everyone says to me. Even if we did have this conversation by IM and I could easily go into my history and find the conversation and paste it here verbatim doesn't mean that I want to go through all that trouble. I mean, come on ... that sounds like a lot of work.

Anyway, so not long after Harold tells me he wants us to create an energy guy, he throws a quick sketch together and sends it to me. 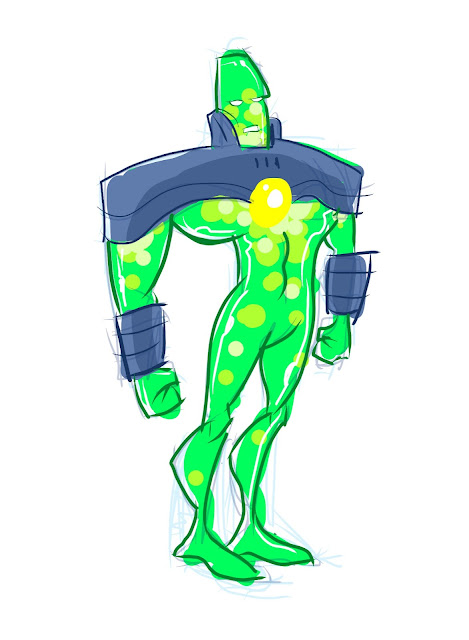 While we both thought the dude looked pretty cool, we also both agreed that he had a very heavy Martian Manhunter Vibe going on. So Harold took another crack at it. 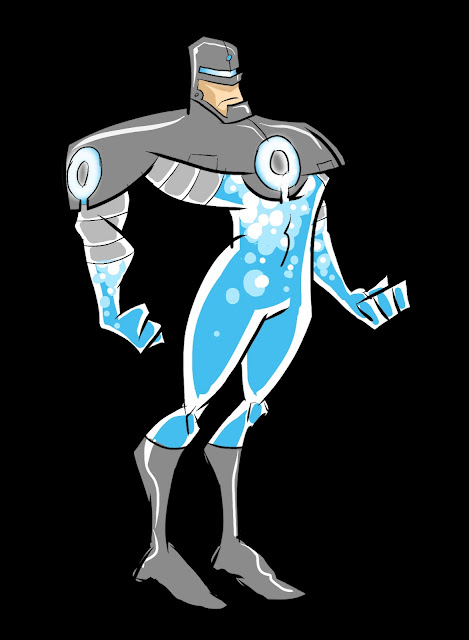 We hemmed and hawed over this design for a bit while I put a back-story together for him. While I'm not going to release that back story (I'll wait for the comic), I will tell you this ... There was one thing about this guy the two of us just couldn't agree on.

Should he always be made of energy? Or can he change back into human form.

One image I had in my mind was the guy looking human and having his clothes burned off of him while he changed into his energy form.

With that in mind, Harold drew this. 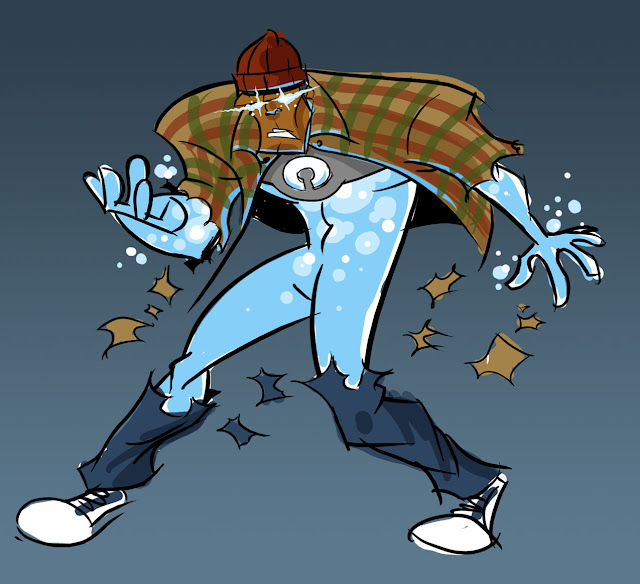 In the end, I don't believe we have quite decided if this guy can change back and forth between human and energy, but we did agree that this was a character that we would be using for sure and for certain. 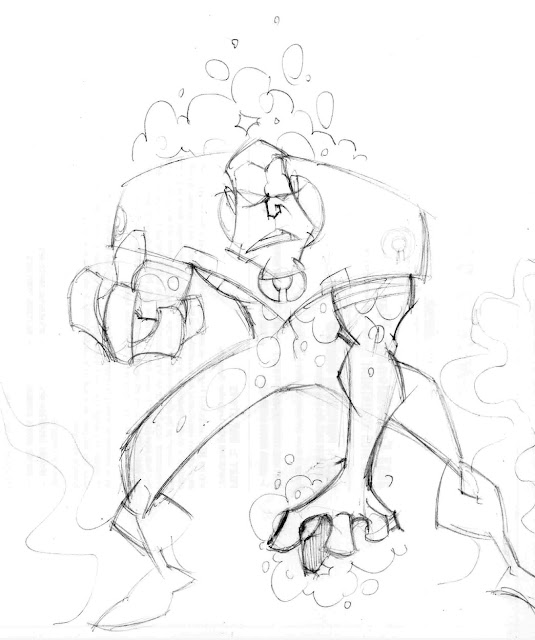 Come back next week for more behind the scenes stuff from Fun Size Justice.
Posted by Steeven R. Orr at Tuesday, September 25, 2012
Email ThisBlogThis!Share to TwitterShare to FacebookShare to Pinterest