Sketches of Things to Come

Harold and I put our heads together and we've decided that once the Fun Size Justice comic is rolling and ready to go, you will get one page a week, every Friday.

With that in mind, we are going to strive to give you something here on the site, something to both read and look at, each Friday until the comic officially launches.

With these posts, I thought we might try and update you on our progress as well.

So, with that in mind, here is your first, officially sanctioned, Fun Size Justice Update.

At the moment Harold and I are working hard on an 8 page story called Priorities. Now, this story wasn't meant for the site itself, not yet anyway (he teases with a mischievous glint in his eyes). See, we were invited to submit a story for an anthology comic that's being sold to help raise money for St. Jude's hospital, and so we are doing "Priorities".

Priorities is our first official story together, we've had loads of fun working on it, and we are just as excited to see it coming to completion and to move on to the first story to appear here on Fun Size Justice. The working title for that tale is Good Night Captain Might, but we can't start in on that until Priorities is in the can.

Well, I'm happy to say that our last page of Priorities should be complete next week, so we may be starting in on Good Night Captain Might right away next week ... or maybe Monday of the following.

But while you wait, I promised you some stuff to look at, so here we go.

These are from a page from Priorities. I scripted the page to have some scenes of Captain Might doing some heroic stuff. I wanted a panel where he rescues a cat from a tree for a little girl, and something where he hands a crook over to the police, and that was pretty much it.

Well, Harold wasn't satisfied with that. He wanted, nay ... DEMANDED, more action. So he sketched out these three panels: 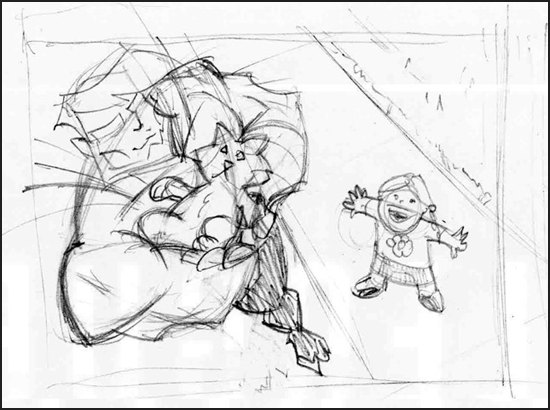 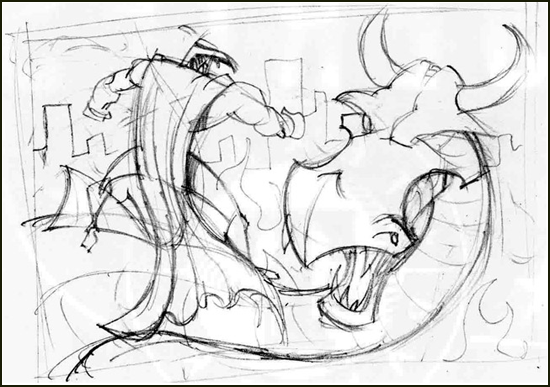 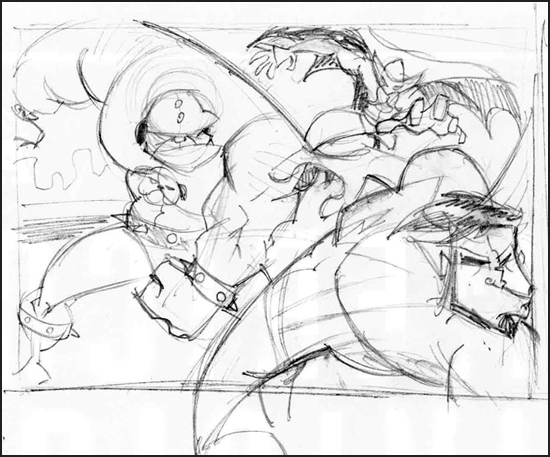 I have to admit. Once I saw these panel sketches, I felt that the page they are going into may very well end up being my favorite pages in the story.

That's all we have for this week. Next week we will have more updates and more stuff to read and look at.

Have a good weekend.

Posted by Steeven R. Orr at Friday, September 28, 2012
Email ThisBlogThis!Share to TwitterShare to FacebookShare to Pinterest